Natural disasters are adverse events that are caused by the natural processes of the earth. For example, floods, hurricanes, wind storms, earthquakes, tornadoes, etc. According to a report by Statista, natural disasters have caused an economic loss of 75 billion dollars and an insured loss of 30 million dollars.

Natural disasters are always a great danger to you and your property, including your car. So, if your car is not insured, you have to pay for the damages caused by these disasters out of your pocket, which can be difficult for you.

So, It is better to have proper coverage for your car even if you don’t live in high-risk areas, because a considerable amount of insurance claims are made by the people who are living in the low- risk areas for natural disasters.

In this article, we will discuss what insurance type of insurance can cover the damages that are caused by natural disasters. So let’s get started!

Right Insurance for you Car

It is important to note what kind of insurance policy do you have for your car because not all the policies cover the damages that are caused by natural disasters. For example, if you have a third party insurance coverage for your car, it will only pay for the damage caused to the third party, by your car. This insurance will not cover your vehicle if it gets damage in natural disasters.

So having the right type of insurance is important if you want to protect your car from the calamities of natural disasters.

Also read: Do I still need insurance for a car that doesn’t run?

It is most of the state’s requirement to have at least minimum liability coverage for the registered car you have. This insurance protects you from collision accidents only. So having comprehensive coverage for your car is important if you want to cover the damages caused to your car by disasters like floods, storms, tornadoes, hurricanes, etc.

The types of natural disasters that cover by comprehensive insurance will depend upon the individual policies you buy. So it is crucial to understand your insurance policies before you buy comprehensive coverage for your car.

Another thing to note is that the comprehensive coverage does not cover the damages caused by the collision of your car into another even this accident occurs due to natural disasters. For example, when a car slides towards your car and collides into it through blizzards or floods, your comp only insurance won’t cover this damage for you and you have to pay for the damages out of your pocket if you don’t have collision coverage.

Types of Coverage for natural disasters

Storms can cause massive destruction to your vehicles. According to a report published in the Statista storm caused damage of 125 billion dollars between the period of 1900 to 2016. So, If you live in a high-risk area for tornadoes, gales, and hurricanes, you should cover your car for the type of coverage that covers your car against damages of storms.

Most of the comprehensive coverages cover the damages caused by the falling of tree branches, debris, or other kinds of accidents that can happen during a storm.

Floods are arising problems due to drastic climatic changes and global warming. So even if your area is not at high risk for floods you should get your car insured for floods. Comprehensive coverage usually pays for the damages that are caused by floodwater to your vehicles.

It is suggested that you should report your car damage as soon as possible because your insurer is handling a lot of claims at the same time. So if you report your damage early you would have a fast claiming process and have your car on the run soon.

Having an insurance claim doesn’t mean that you don’t have to pay a single penny when you face damage to your property. A deductible is a money you pay from your pocket before your insurer pays for your coverage.

The higher the deductibles the more you will pay out of your pocket during your claims for natural disasters.

Your insurance company has set some limits on the coverage of the damage caused by your car from a natural disaster. The limit is the maximum amount of money you will get when you file a claim. This limit in most cases is equal to your car’s cash value.

Also read: What To know About Short-Term Health Insurance?

Natural disasters are becoming more frequent because of global warming and sudden environmental changes. So, it has become essential to insure your car for natural disasters.

Having proper car insurance at the time of calamities can be the peace of mind for you as you have one less thing to worry about when your area gets hit by some storm or flood. 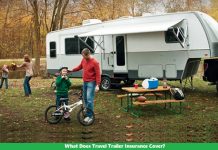 What Does Travel Trailer Insurance Cover? 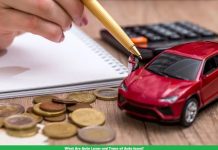 What Are Auto Loans and Types of Auto loans? 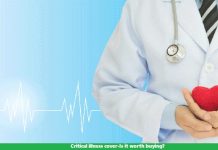 Critical illness cover-Is it worth buying?

How to Find the Best Motorcycle Accident, Lawyer?

Heavy does not Mean Unhealthy: 6 Ways to Gain Weight Properly

What Does Travel Trailer Insurance Cover?

What Are Auto Loans and Types of Auto loans?

ABOUT US
Welcome to our blog to read latest article related to health, wealth, Insurance, Attorney, loan & digital marketing. Subscribe or bookmark our blog to get latest updates
FOLLOW US
© Copyright 2020